Vegan-Friendly Beer: A Growing Trend to Watch this Year 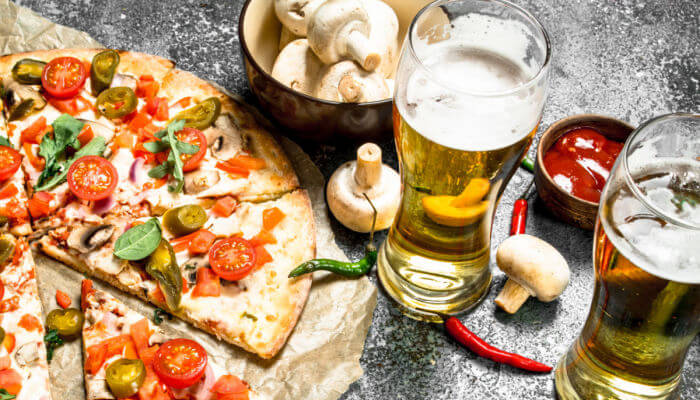 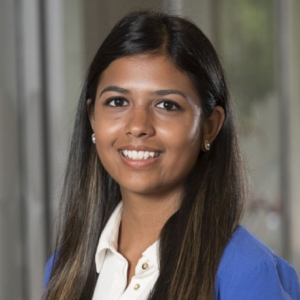 By Natasha Dhayagude, CEO and co-founder of Chinova Bioworks, a food technology company founded in 2016 to develop natural, clean-label preservatives extracted from mushrooms for the food and beverage industry. Chinova is headquartered in New Brunswick, Canada, and 90% of her team is made up of women practicing in STEM fields. Dhayaguede was named Startup Canada’s Young Entrepreneur of the Year in 2017 and Startup Canada’s Woman Entrepreneur of the Year in 2019 for her role in co-founding Chinova. Since then, she has raised $4.5 million in capital investment from major food-technology venture capitalists and has formed strategic partnerships with major multinational producers in the food-technology industry. Dhayagude earned her Bachelor of Science degree in biochemistry from the University of New Brunswick.

In an industry as competitive and ever-changing in terms of new products and trends, the ingredients for developing beer are constantly evolving. One trend to watch is the plant-based movement. Whether consumers are vegan or not, many consumers are paying more attention to what is on the ingredient label before they consume their favorite foods and beverages.

Examine most beer labels carefully and currently, you will find that many beer brands are using animal-based compounds to process alcoholic beverages. Some animal-based compounds that are widely used throughout the production process of beer and alcoholic beverages are pepsin, a foaming agent obtained from stomach enzymes of pigs; chitin, derived from lobster and crab shells; and carmine, which is found in the crushed scales of cochineal insects. Another commonly used compound is isinglass, which is a kind of gelatin obtained from fish swim bladder. These compounds are often used in the alcohol production and filtering process to make drinks appear clearer and brighter. Clearing is an aesthetic concern and stability issue; it does not only look better, but it is more stable than cloudy beer.

But what if you live a vegan lifestyle? Can you still enjoy beer?

Because the vegan lifestyle is grounded in plant-based products, beer manufacturers must ensure the animal add-ons are completely taken off the list during alcohol production. With new technology, leading beer makers, including Budweiser, Coors, Corona and Heineken, have already begun shifting their processing to incorporate vegan-based ingredients instead of animal-derived ones.

Vegan brewing is a growing trend, as more consumers are looking towards environmentally sustainable, plant-based options when purchasing food and beverages. While the market for vegan, gluten-free and low-calorie beers is still somewhat small, this industry is set to begin expanding as future generations become increasingly aware of the ingredients in their food and beverages. The growing trend of vegan brewing stems from millennials who are making more conscious decisions about what they consume, even when it comes to alcoholic beverages. Vegan beverages require a series of preparation and ingredients to meet the expectations of vegan consumers. Veganism has inspired the alcoholic beverage industry to incorporate plant-based and animal cruelty-free products. For many, being vegan has gone farther than just a trend; it is a lifestyle that many live by.

Chinova Bioworks launched a major research initiative with College Communautaire du Nouveau Brunwick’s (CCNB) INNOV center, supported by the New Brunswick Innovation Foundation’s Voucher Fund in 2021 to develop a new fining agent for vegan-friendly beer. Fining agents are used in breweries to clarify and brighten beer. The term “fining” is used to describe the forced clarification process. It increases the brightness of the finished beer by removing suspended yeast and haze-forming proteins and polyphenols. A beer with elevated levels of haze tends to deteriorate rapidly. This process also shortens aging times by removing the excess flavor-destabilizing components from the finished beer.

For years, CCNB’s Grand Falls campus has developed technologies around brewing and distilling. Now, our company, Chinova Bioworks, has provided CCNB with a viable product and is putting its clean-label expertise to leverage the vast depth of brewing expertise at CCNB’s campus. Through this research, Chinova Bioworks will develop a new application for its proprietary white button mushroom fiber, Chiber, as a rapid fining agent for breweries. White button mushrooms contain many health benefits. Aside from the white button mushroom improving the quality of a product, it also has a notable amount of vitamin D minerals infused within the mushroom itself. 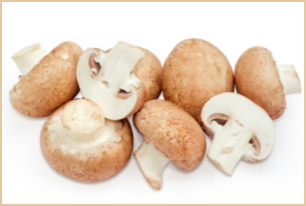 Chinova’s mushroom extract is also a natural solution to reducing food waste and assisting in the production of vegan-friendly alcoholic beverages. Chiber is a cost-effective, sustainable and vegan-friendly solution for the brewing industry. Before being used by breweries, Chiber has also been used for plant-based meat, dairy alternatives, sauces and condiments. It is a pure fiber extracted sourced from the stems of white button mushrooms that help improve quality, freshness and shelf-life and does not contain any allergenic materials from the mushroom, which results in increased consumer satisfaction and reduced food waste. Testing is also conducted to confirm the absence of regulated allergens. Chiber is odorless and tasteless; it does not alter the taste, color or consistency of beverages.

Early results have shown that Chiber works eight times faster at settling yeast post-fermentation and can leave residual antimicrobial benefits to the beer, which makes it stay fresh longer. Chiber is a one-for-one replacement for artificial preservatives that provides the same protection from microbial spoilage while being a natural and clean label ingredient. Chiber holds many certifications including vegan, kosher, halal, organic compliant, non-GMO, declared allergen-free, paleo, keto-friendly, low FODMAP, gluten-free, Whole 30, and it has no sodium contribution.

This research initiative comes at a time when many breweries are working to shift to vegan-friendly beverages to keep up with consumer demand for more sustainable products. Chinova Bioworks’ technology would provide brewers a vegan alternative to animal-based, isinglass fining agents and synthetic polyvinylpolypyrrolidone (PVPP) that has long been used in the beverage industry as a processing aid. Because many people are searching for vegan and plant-based options in every aspect of their lifestyle, Chinova Bioworks is committed to providing sustainable solutions through our white button mushroom fiber. Our goal is to help manufacturers produce clean-label ingredients and reduce food waste. Alcoholic beverages, beers in particular, are filled with animal-derived and synthetic ingredients, so we believe Chiber can make an impact for beer brands looking to expand their offerings to consumers. With this research, producers in the beverage industry will be able to consider the opportunity to incorporate vegan-friendly and sustainable products into their own beverages using clean ingredients. This research initiative will pave the way toward more vegan-friendly and sustainable beer and alcoholic beverages.

In 2021, Chinova Bioworks worked on the research portion of the vegan beer initiative and with early adopters for market testing, while actively seeking innovative companies to take part in this initiative. Once this research initiative phase is completed, we expect that Chiber for alcoholic beverages will become available during the first half of 2022. The future for beverage companies is exciting and new technologies like Chiber may help many expand beverage offerings to a wider range of consumers looking for a good brew.

This article appeared in Beverage Master‘s February-March 2022 issue and we appreciate their willingness to reprint it on the Majoring in Beer blog.