Skouting Out a New Taphouse Model 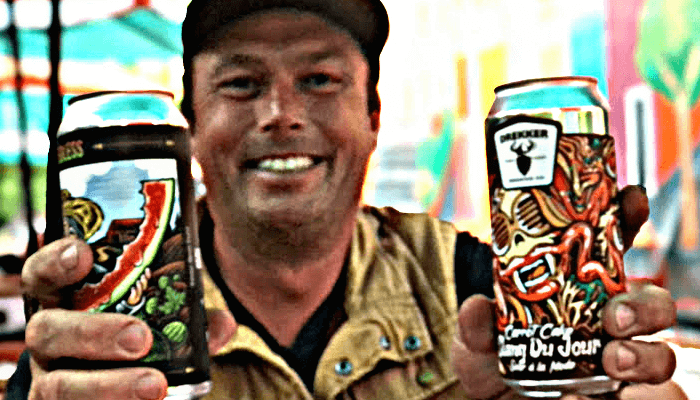 It’s been almost 20 years since Tom and Lisa Beam started their restaurant enterprise in Ashland, Ore., a college and tourist town in the mountains of Southern Oregon. Their latest endeavor is called Skout Taphouse and Provisions. It’s located at the intersection of Lithia Park, Calle Guanajuato and Ashland Creek, an area teeming with foot traffic, recreation, shopping and sightseeing. 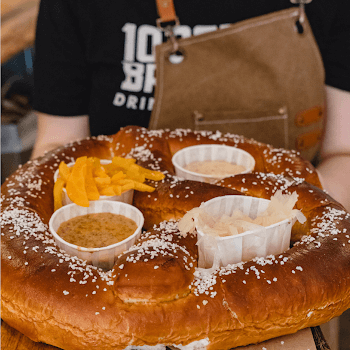 Skout, which opened in 2021, is the Beams’ fifth local restaurant and its vibe as a Pacific Northwest taphouse is anchored by a revolving assortment of 40 beers on tap. With easy, unpretentious—but uniquely spun—menu items like bratwurst, brisket, quinoa bowls, Buffalo cauliflower and cherry pie, the comfortable hangout also offers adult ciders, wine and cocktails (NA drinks too). Garage doors open to the park, where outdoor tables, firepits and a sidewalk-facing bar emphasize the feel of a camping expedition—enhanced by the vintage Shasta camper parked inside and several indoor picnic tables.

To learn what goes into opening a taphouse, we met up with Tom and Lisa for a GO BIG pretzel with house-made beer cheese sauce, grilled corn/poblano tacos and a Graveyard of the Pacific Red Ale – Imperial/Double from North Jetty Brewing, Seaview, Wash.

Q: You’ve had success with numerous restaurants over the years, and before Skout, you recently re-imagined Pasta Piatti into Pie+Vine, complete with your wine label. What attracted you to create a beer-centric establishment? 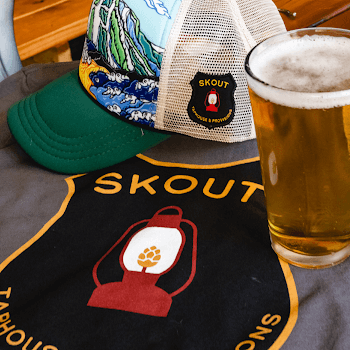 Lisa: We wanted to create a place like the ones we like to frequent when we’re on vacation. Those comfortable venues where when you’re there, you want to stay for a while, and you want to go back several times during your trip. What seemed to be a common thread in those places is that they always have a great beer menu, or they’re a brewery—with lots of taps!

Tom: Skout came about during the onset of Covid, so things had to be different. We just started asking our customers what they wanted. Full service was not a viable option. We looked at our market, asked customers what they wanted, and built it! It was pretty simple, I guess. We spent about six to 12 weeks doing market research. And we heard the same thing from everybody.

Q: You don’t brew your own beer, but feature other breweries, right? How does that work, and how do you decide which breweries to feature?

Tom: Like everything we do, we enjoy being students and learning.  We lean on those experts in the industry and ask our customers and employees what they are interested in drinking.  Even though we are in a tiny town, we are situated just off I-5, and some fantastic beers make their way to us. We are trying to feature beers that will change your life.

Q: How often do you change your beer menu? 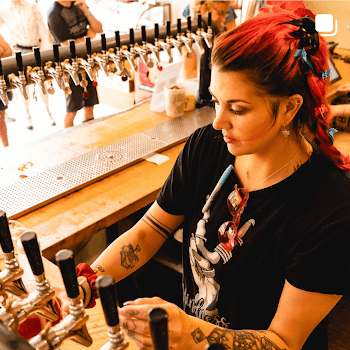 Tom: Daily. We’ve got over 40 beers. And things are rotating so fast that I sometimes can’t keep up. These are the beers that change the way you think about beer. You have one drink, and you’re like, “This is beer.” This is a transforming experience.

Q: How do you interact with the featured breweries?

Tom: Lisa works with our distributors, keeping an eye on which kegs are being released in Oregon and when. We also have tap takeovers by specific breweries, both local and beyond. Recently, we worked with a local non-profit and an Oregon brewery to help raise funds for equipment that allows mobility-challenged individuals to go outdoors and recreate.

Q: Tell us about how you built a menu that would work with this concept. 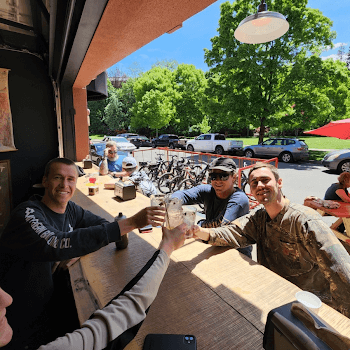 Lisa: I guess it goes back to my first statement of how we came up with the concept. We’re foodies at heart. And so, what are those kinds of comfort foods that we always go to and gravitate towards when we’re in an environment where we want to relax and have fun? For us, it was finding that mix of the things you crave and then having some healthy options.

Tom: Since we’re located adjacent to Lithia Park, we want to appeal to people out there being active and near the mountain bike trails and the park, giving runners and pickleball players an option when they’re done recreating. This isn’t about creating a beer list with a bunch of cheap beer for people to sit and drink. It’s about really enjoying the beers.

We also have kombucha, NA beers, wine and cider. We do our cocktails on draft, and those are all made in-house. So, they switch up quite a bit. Probably our most popular to date has been a pineapple Mezcal cocktail.

Q: What was your biggest challenge putting this taphouse together? 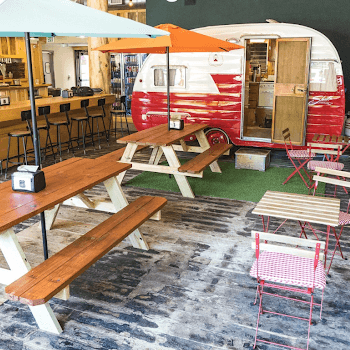 Tom: Probably managing the project and still being in Covid. We started construction in November 2020, and we opened in April 2021. We had no dining room; things were shut down, and we operated a carry-out and delivery concept. And we realized that we’d had this vision for this space, and if we were going to do this, it was now or never.

Lisa: Things have taken off. We figured this place would have better traction than what was here previously (the Beams’ previous full-service Asian fusion restaurant called Sesame). We knew that was going to happen just because of the price point—and the openness and proximity to the park—but honestly had no idea that this would hit such a chord in the community. And right out of the gate, it became like a magnet for people in the park and throughout downtown Ashland.

Q: What advice would you give to someone who wants to open a beer-centric taphouse?

Lisa: Well, this is strange for us because neither of us studied beer. For us, it’s been more just because we’ve been in hospitality and have concept ideas. There was a point Tom wanted to do a brewery, and I was like, we don’t know about brewing beer; we already have the wine thing going on (their vineyard and estate Vine + Yard wines), so let’s not just jump into bed with somebody because they’re a brewer. The model we chose for Skout made a lot more sense.

The most important thing you can do is learn from others, even if you have the best idea ever. Whatever your trade, I think it’s super important to spend some time learning from other people so you can cultivate and develop your idea.

This is how we got to where we are. It was essential to go through the steps, learn and develop our ideas. Wait to execute—maybe not 10 years, but two years, three years. Learn and experience other things and look at other parts of the world. Discovering different ways of looking at things and approaching your business will ultimately help you develop a better product. 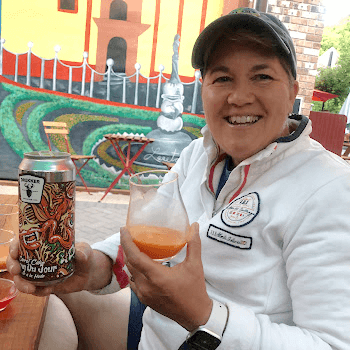