Becoming a Certified Beer Judge Can Boost Your Career in Beer 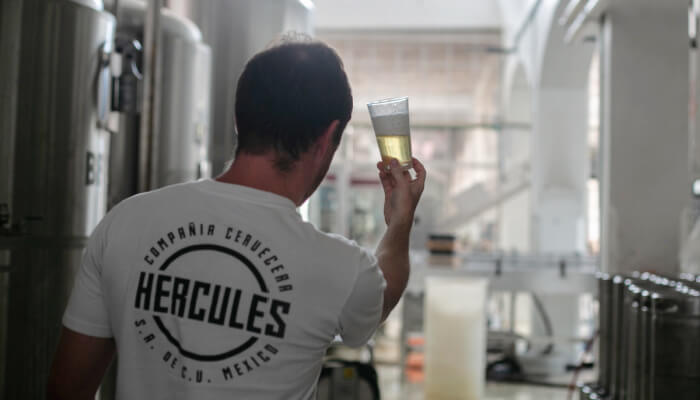 Josh, congratulations on your bronze medal at the World Beer Cup 2022 for Compañía Cervecera Hércules’ Caballo Blanco! The World Beer Cup is the “Olympics” of brewing, with more than 10,000 entries, so this is a tremendous honor. 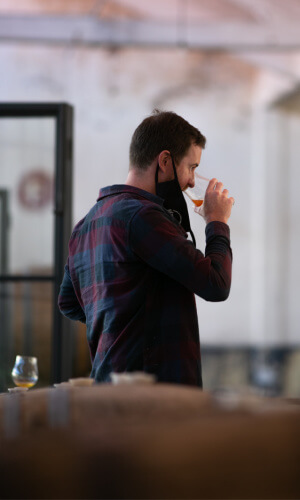 Q: You’ve been with Compañía Cervecera Hércules for more than 5 years now. Can you tell us what your typical day is like?

A: Honestly every day is pretty different for me. We have to work around the yeast, and that typically dictates the pace of the brewery. We try to let the beer decide. That said, we are a small brewery, so I wear many hats. Some days I might be working on a new recipe/formula or process that we can apply and other days I might be busy working with the QA/QC lab regarding a quality issue or maybe devising a way to avoid said issue. On other days I might be running the canning line or tasting beers. I’m also responsible for procuring all of our raw materials (which are mostly all imported), and equipment purchasing, and I’m currently planning our expansion which will bring us to ~75,000 barrels per year.

Q: You have been heavily involved with “non-conventional styles of beer.” What does that mean and what are some of the most interesting uncommon ingredients are you using?

A: Before I moved to Mexico, I was production manager at Cigar City Brewing in Tampa, Florida. I would say there we made many non-conventional styles of beer (i.e., Guava Grove Saison fermented with guava, Hunahpu’s Imperial Stout—a very big imperial stout with black mole spices—and many more very weird styles).

Here at Cervecera Hércules, I would say we have a much more conservative approach and we typically aim toward “beer-flavored beer.” That said, we have messed around with local Mexican ingredients quite a bit. We have made beers with several types of cactus fruits which are exclusive to our area of Mexico, a spontaneously fermented beer which we refermented with capulines, a type of Mexican mountain cherry. 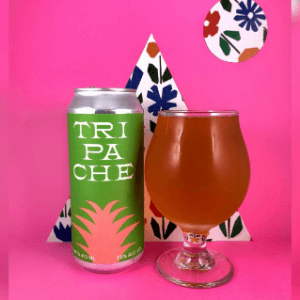 One collaboration we made with Rahr & Sons Brewing Company was an attempt to make a tepache beer. Tepache is a pre-Columbian Mexican drink made from pineapple skins, piloncillo sugar, as well as some spices with mildly low alcohol content. We have made quite a few styles of beer which we have aged in mezcal barrels. Finally, we use a lot of local corn here. Unlike other cereal grains used for brewing, corn first must be gelatinized which requires special equipment. This makes it a bit difficult, but we prefer that to using the regular old yellow corn flakes that brewers use in the U.S. Mexico is the birthplace of corn and there are more than 10,000 varieties to choose from here. This leads to a lot of experimentation.

Q: You oversaw the building of the quality assurance/quality control lab for Compañía Cervecera Hércules. What was the biggest challenge you encountered in that project?

A: Well this is honestly an ongoing project. I think there are few brewers in the world that could tell you that their quality lab is finished. There are always new ways to test and measure and new equipment to be bought. That said, I think we probably have one of the most advanced labs in Mexico and we continue to try and improve it daily.

A good lab with the right people is one of the most important parts of the plant. They can foresee problems before they happen so that we can make adjustments to the process, and when and if those problems actually occur, they know what to do. We don’t pasteurize (pasteurization is quite popular here in Mexico due to the lack of cold storage and transportation) so we have a lot of work to do to look over every step of the process to ensure that the end consumer gets what they paid for.

Q: Where do you find your inspiration for new beer recipes and beer themes?

A: I have always been inspired by the classics such as pale ale, pilsner, bitters, milds, etc. Over the last five or so years, I have become literally obsessed with Bavarian and Bohemian styles of lager brewing and we carry many ingredients and techniques from those regions. For experimental beers, I like to rely on our surroundings here in Mexico. Mexico is a food country and thousands of styles of cooking help define it. Of all of these food ingredients, I usually ask myself which would be interesting in a beer and if so, what kind of beer.

Q: You are a nationally ranked and certified beer judge with Beer Judge Certification Program Credentials. What advice do you have for others wanting to pursue certification? 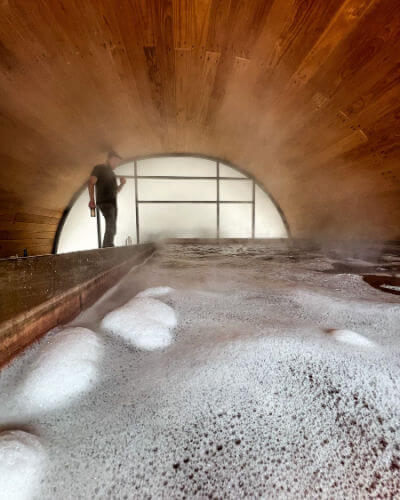 A: I haven’t had much time to judge or participate much in the program for many years. That said, becoming a beer judge is a useful goal to try to obtain. It involves a lot of studying, tasting and finally taking the test to find out where you fall in. I took the test one time (in 2008), and it was honestly one of the most difficult exams I’ve ever taken in my life. Tasting beer might be the important thing you can do if you want to learn about beer. Associating flavors to ingredients used and to regions and to history is fascinating and having that perspective is immeasurably useful.

Q: You earned a Bachelor of Arts in Multi/Interdisciplinary Studies from the University of Central Florida. How did that program prepare you for a career in the beer industry?

A: Most of my studies were actually in anthropology—the study of humans. Beer and other fermented beverages are so heavily rooted in the history of humans that I think bringing that perspective to the table really helps us rationalize beer’s past, present, and future. I’m not sure that it helped me with any of the physical aspects of working in a brewery, but it definitely sharpened my point of view when looking at other parts of the process.

Q: What advice do you have for someone interested in entering the beer industry? 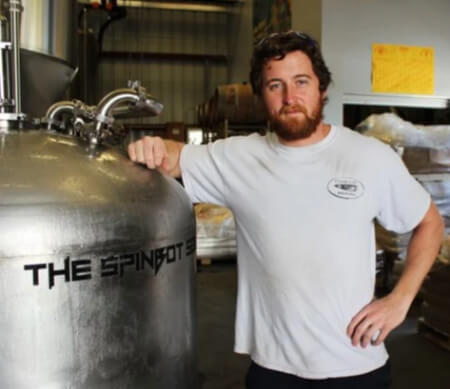 A: I think homebrewing is a great litmus test to figure out if you have the patience and wherewithal to make a career out of it. Brewing is a noble profession but it’s not one that necessarily always pays well. It’s a mostly passion-driven profession. The brewing community is full of great people that are typically highly approachable. Getting to know the key players in your area or region is crucial to one day finding a job within a brewery.